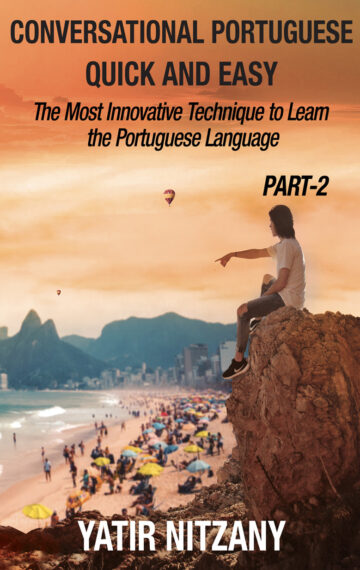 Portuguese has over 200 million native speakers, and it is the sixth most common language in the world. The language originated from Latin roots and became popular after a Roman invasion of the western region of the Iberian Peninsula (the area known today as Portugal) during the third century BC. The incoming Romans blended their language with that of the natives, so Portuguese began to change. Traders of the time began to use the language, so it spread rapidly, making its way into Africa and Asia and eventually Brazil. In fact, before the language was officially modernized, it was quite unique. Today, there are more traces of Greek and Latin and fewer words from the original Portuguese language.

“Handy little book with pronunciation guides.Nicely put together, clearly a labor of love on the part of the author.” – Phyl