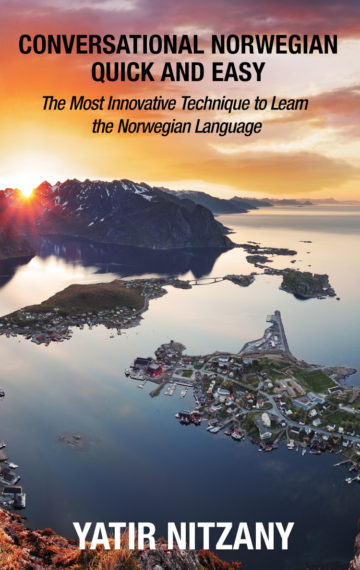 Norwegian (Norsk) is the official language of Norway and is a North Germanic language (along with Faroese, Icelandic, Swedish, and Danish) that is mainly only spoken there. The languages of Norway, Sweden, and Denmark are similar and in most cases you can speak Norwegian to Danes and Swedes, and also read text written in Swedish and Danish.
The two official forms of written Norwegian are Bokmål (literally “book tongue,” the form used in this book) and Nynorsk (literally “new Norwegian”). Nynorsk and Bokmål provide standards for how to write Norwegian, but not for how to speak the language. No standard of spoken Norwegian is officially sanctioned, and most Norwegians speak their own dialects in all circumstances.
There are two other written forms of Norwegian, Riksmål (“state language”) and Høgnorsk (“High Norwegian”). These are without official status. Riksmål, is today to a large extent the same language as Bokmål though somewhat closer to the Danish language. The other is a more purist form of Nynorsk, which in an effort to maintain the language in an original form rejects most of the reforms from the twentieth century; this form has limited use.
From the sixteenth to the nineteenth centuries, Danish was the standard written language of Norway. Historically, Bokmål is a Norwegianised variety of Danish, while Nynorsk is a language form based on Norwegian dialects and purist opposition to Danish.
Norwegians are educated in both Bokmål and Nynorsk. The majority use primarily Bokmål as their daily written language, while a small percentage use both Bokmål and Nynorsk, and others use primarily Nynorsk.