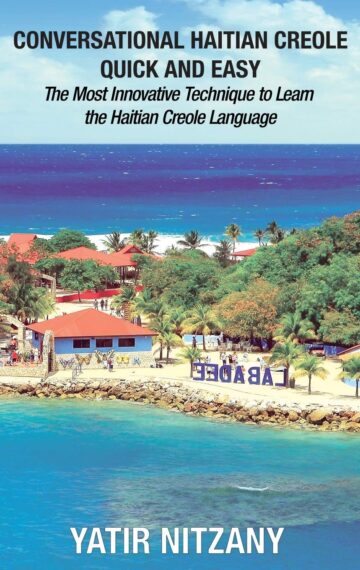 Haitian Creole or Kreyòl is a French-based Creole language spoken by the 11 million people in Haiti and is also spoken in the Bahamas, Canada, Cayman Islands, Dominican Republic, France, French Guiana, Guadeloupe, Puerto Rico, and the U.S. worldwide. It is a creole language based largely on eighteenth-century French with influences from Portuguese, Spanish, English, Taíno, and West African languages.
Haitian Creole is based on French and on the African languages spoken by slaves from West Africa to work on the plantations. It’s not a French dialect and nor is it mutually understandable with French, but instead is a language that emerged from the contact between French settlers and African slaves during the Atlantic slave trade in the French colony of Saint-Domingue, which is now Haiti.
Haitian Creole is a language in its own right with its own pronunciation, grammar, and vocabulary.
Haitians are the largest Creole-speaking community in the world. However, there is also Haitian French that is separate from Haitian Creole. It is merely a variety of French as spoken in Haiti.
Until the late 20th century, the formal language of Haiti was French, but in 1961 Haitian Creole was also recognised. Until the 2000s, all instruction at Haitian elementary schools was in French, which was a foreign language to most of the students. Creole has been maligned by francophone elites as a miseducated or poor person’s French.
There are three main geographical dialects for Creole and it is not uncommon for Haitians to speak more than one of them:
The northern dialect is spoken in Cap-Haitien, which is the second-largest Haitian city; the central dialect is spoken in the metropolitan area of Port-au-Prince, which is the capital of Haiti; and the southern dialect is spoken in the area of Cayes, which is an important city in the south of Haiti.
Haitian is a phonetic language so the best practice is to pronounce each sound firmly and ensure that you remember all letters have one sound. The way you see the word written is how it is pronounced. Creole has no silent letters.