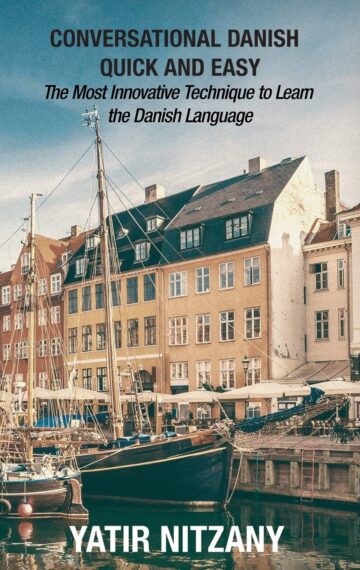 Danish, called dansk, is a North Germanic language spoken by around six million people, principally in Denmark and in the region of Southern Schleswig in northern Germany, where it has minority language status. It is also native to Greenland and the Faroe Islands.
Dialects include Bornholmian (Eastern Danish), South Jutlandic, and Insular Danish.
Danish uses the Dano-Norwegian alphabet and has a very large vowel inventory comprising twenty-seven phonemically distinctive vowels, and its patterns of stress and intonation are characterized by the distinctive phenomenon stød, a kind of laryngealization or creaky voice, which affects the utterance of a syllable by dividing it into two phases; a high first phase and drop in the second phase.
Danish is a descendant of Old Norse, which was the common language of the Germanic peoples who lived in Scandinavia during the Viking Era. A more recent classification based on mutual intelligibility separates modern spoken Danish, Norwegian, and Swedish as “mainland Scandinavian,” while Icelandic and Faroese are classified as “insular Scandinavian.”
Until the sixteenth century, Danish was a continuum of dialects with no standard variety or spelling conventions. A standard language was developed with the Protestant Reformation and the introduction of printing. It was based on the educated Copenhagen dialect and spread through use in the education system and administration. Following the loss of territory to Germany and Sweden, a nationalist movement adopted the language as a token of Danish identity. Today, traditional Danish dialects have all but disappeared, though regional variants of the standard language exist.