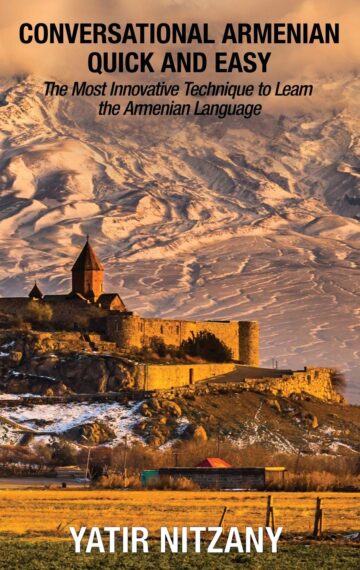 The Armenian language is an Indo-European language spoken by the Armenians. It has its own unique script, the Armenian alphabet, introduced in 405 AD by Mesrop Mashtots. Like Hellenic Greek, it has its own unique branch in the language tree. It is the official language of Armenia and the Nagorno-Karabakh Republic. It has historically been spoken throughout the Armenian Highlands and today is widely spoken in the Armenian diaspora. There are estimated to be eight to twelve million speakers worldwide while the sovereign Republic of Armenia has a population of around three million people. The country is based in the South Caucasus region of Eurasia. Located in West Asia in the Armenian Highlands, it is bordered by Turkey, Georgia, the de facto independent Nagorno-Karabakh Republic, Azerbaijan, Iran, and Azerbaijan’s exclave of Nakhchivan. The Republic of Armenia constitutes only one-tenth of historical Armenia. Armenia was a monolingual country by the second century BC. Its language has a long literary history, with a fifth-century Bible translation as its oldest surviving text. Its vocabulary has been influenced by Western Middle Iranian languages, particularly Parthian, and to a lesser extent by Greek, Persian, and Arabic throughout its history. There are two standardized modern literary forms, Eastern Armenian and Western Armenian, with which most contemporary dialects are mutually intelligible.