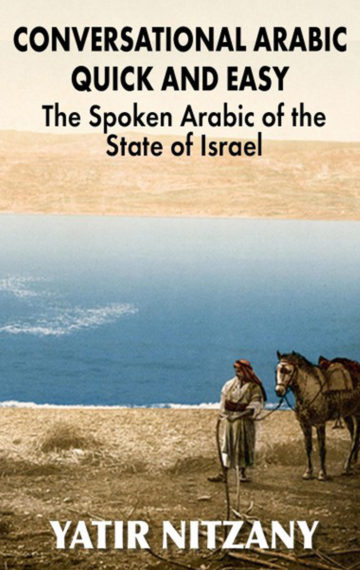 The two official languages of the citizens of the State of Israel are Hebrew and Arabic. English is, however, used as a second language by the majority of the Israeli population. As Arabic is the second official language, it is used extensively in logos, road signs, instruction labels, etc., as well as in messages that are posted or published by the government and product labels. The use of Arabic increased after Israeli Supreme Court rulings in the 1990s that eased the rights of the Arab minority in Israel. Today, Arabic is taught as a second language in Hebrew-speaking schools; however, only basic levels are mandatory. The majority of the Arabic citizens of Israel speak both a Palestinian Arabic dialect and modern Hebrew, and they are fluent in both languages. A handful of words borrowed from the Hebrew language have also become an integral part of this colloquial Arabic dialect. To provide a few examples, Arabs use the word beseder, which means “okay” in Hebrew, or mazgan, meaning “air conditioner.” The resulting dialect is usually referred to as “Israeli Arabic.”

Arabs comprise of just over one-fifth of the Israeli population, or roughly 21 percent. They are spread throughout the State of Israel. Israeli Arabs consist of Muslims, Christians, Bedouins, and Druze, and their population centers mostly around the northern regions of the country, namely the upper and lower Galilee (where they are considered a majority consisting of 52 percent of the population), in the many towns and cities, such as Nazareth and Shefa-Amr, as well as in and around the northern coastal port city of Haifa, along with the central Israeli cities such as Tira, Taibe, as well as Jerusalem, and the Bedouin community located in southern sector of the country. The cultures, viewpoints, and religions of these groups may differ, but they have one thing in common—the Arabic language. Among the Jewish population, Arabic is spoken amongst the older generation. Unfortunately, it is a dying language among Israel’s younger Jewish population. This book will teach you the colloquial Arabic spoken in the State of Israel, which is also known as Palestinian Arabic. This dialect falls under the category of Levantine Arabic. The Levant is the region that encompasses Israel, Lebanon, Jordan, Syria, the Palestinian territories, Cyprus and Turkey’s Hatay province. Israeli Arabic is the same Arabic that is spoken in the West Bank and Gaza Strip.

“I absolutely love this book, i will never regret my decision of buying it. Besides teaching the Arabic dialect of Israel it also provides very interesting information about the Arab history of Israel, on page 11. There are blogs online which teach Israeli arabic dialect, but i never knew someone actually wrote a book about this, This is the only book of its kind ever to be published.” – Sharon