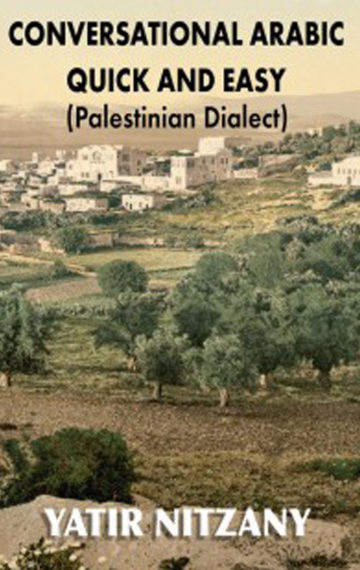 Palestinian Arabic, like many other Middle Eastern languages, is a dialect of the more official Modern Standard Arabic language. However, though various countries have their own dialects, Palestinian Arabic is most similar to Syrian and Lebanese Arabic and is considered a Levantine dialect, named after the Levant region that encompasses Jordan, Syria, Israel, Palestine, Lebanon, Cyprus, and Turkey’s Hatay province. This dialect is spoken throughout the Palestinian territories (West Bank and Gaza) as well as among the Arab citizens of Israel. The Palestinian dialect varies slightly throughout each area and city of Palestine and Israel. With this language, the urban versions are surprisingly not as popular as its rural versions, though urban versions are slowly growing.

“It’s perfect, to learn Arabic of Palestine. I read and followed instructions and it helped me speak this amazing dialect. I make sure I spend 30 min per day reading it, usually before going to sleep. The trick to this program is consistency, consistency, consistency and you will establish a perfect basis to become fluent.“ – Tony

“The best Dictionary for conversational use that I have ever come across. Practical and well researched it is a veritable linguistic window unto Palestinian Arabic.
An excellent and enjoyable dictionary.“ – OH