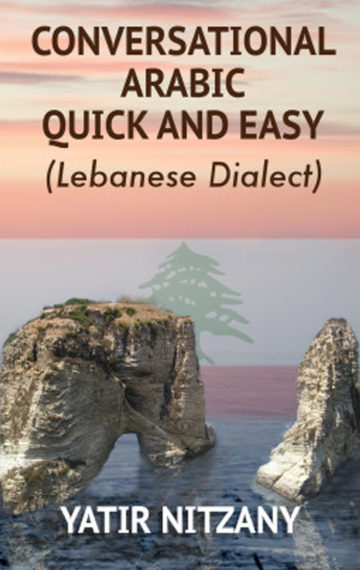 Lebanese Arabic is a Levantine dialect. The term “Levantine” derives from “Levant,” which is the geographical region of the eastern Mediterranean that encompasses Cyprus, Lebanon, Syria, Israel, Palestine, Jordan, and the Hatay Province of southern Turkey. Several languages are spoken in the Levant, one of which is Lebanese Arabic. Lebanese Arabic descends from the traditional Arabic language, though there are many variables that affected the development of the language. Most Lebanese people speak the language, and Arabic remains its written form, despite past attempts by some to make an alphabet system using Latin letters. Some people view Lebanese as merely a dialect of Arabic, while others accept the language as unique. Either way, the word connotations vary in both languages, as do their syntax and vocabularies. Lebanese Arabic uses a bit of Turkish and Aramaic vocabulary and a little French. In general keep in mind that Lebanese Arabic is not an official language but, rather, a colloquial dialect.

“I purchased this book because I treat patients in their homes. Some of my patients speak no English. In this small, well organized book, Mr. Nitzany provides a simple and innovative method of learning the basics of spoken Arabic quickly and efficiently. he apparently has done extensive research in compiling the most commonly used words and phrases and he utilizes a strategy of continuous building upon what you have already learned!!!!! Recommend this book for anyone needing to acquire some basic conversational skills quickly.“ – Teva Ben Shlomo

“I am a Lebanese man , who love to speak the language and share it with everyone . So I bought the book and read it . Love it and I absolutely would recommend this book to my friends and family and whoever wants to buy it excellent book. As a Lebanese man , reading it is fun and easy to follow . And expressions Are commonly used in Beirut . Great job . Love it….“ – Ahmad