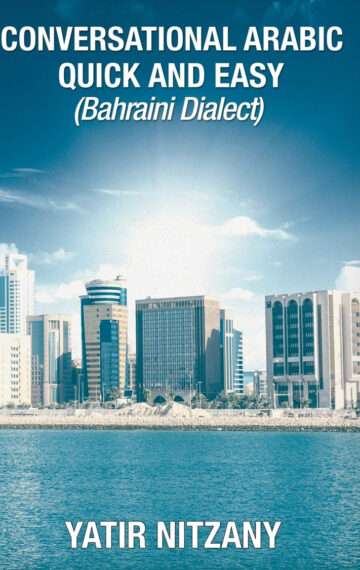 The official language in Bahrain, similar to most Arabic-speaking countries, is Literary Arabic. This is a mixture of Classic Arabic and Modern Standard Arabic mixed with local dialects.

The local dialect is Bahrani Arabic (also known as Bahrani and Baharna Arabic, and called Baħrāni by its speakers) and is a variety of Arabic spoken in Eastern Arabia and Oman. In Bahrain, the dialect is primarily spoken in Shia villages and some parts of Manama. It shares many features with Gulf Arabic dialects (e.g., those in Kuwait, UAE, Qatar) although it’s not considered part of it by most linguists. General features include the Standard Arabic q becoming g (qamar vs gamar “moon”), k becoming ch in some positions (kalb vs chalb “dog”). J becoming y in some villages (jiħħe vs yiħħe “watermelon”).

The total number of users of Bahrani in all countries is around 730,000.

The Bahrani Arabic dialect is meant to have been significantly influenced by the ancient Aramaic, Syriac, and Akkadian languages. It is one of three distinct dialects in Bahrain, with the other two being Sunni and Ajami Arabic. Sunni Bahrainis speak a dialect which is most similar to the urban dialect spoken in Qatar.

The Persian communities in Bahrain are commonly referred to as the Ajam and the Persian language is seen to have had the most foreign linguistic influence on all the Bahraini dialects. The differences between Bahrani Arabic and other Bahraini dialects suggest differing historical origins. The main differences between Bahrani and non-Bahrani dialects are evident in certain grammatical forms and pronunciation. Many Bahrani words have also been borrowed from Hindi, Turkish, or English.